How much are tickets and what is included?

Ticket numbers are limited to 120 and they are an absolute steal at £18 per head, so booking early is advised.  The ticket price includes a glass of Prosecco on arrival, a three-course meal (see menu below) with table service for starter and dessert, plus table wine! The main course will be a one table at a time carvery style buffet.

Will there be photos taken or displayed?

There will be both!  A photographer will be taking photos early in the evening of us in our finery,  before we let our hair down!  We can all snap away later in the evening with selfies, group photos and those unguarded ‘memorable moments’, but please be kind / seek permission before sharing!

In addition, we need your best cycling photos from the last 12 months (or so)!  During the reception and meal, your cycling photos will be projected onto a screen.

To submit your photos, follow this link: Upload Photos

How do I get tickets?

Tickets are available via the following link: Book your tickets

When you’ve booked your ticket(s) don’t forget to make your choices from the menu.

What is the menu?

The menu is available via: Menu

When do ticket sales close?

Ticket sales, and the ability to choose from the menu, will end at midnight on 11 November, or when all 120 tickets have been sold (whichever comes first).  We need to provide caterers with numbers and choices a week before the event.

Please don’t miss out or create havoc with an attempted late booking!

Is there a theme?

There is no theme as such for the event, other than it being a fun get together and party for members AND their partners!  There will be music until midnight and therefore dancing too (optional) and the chance you’ve been waiting for to cut some shapes!  The cycling emphasis will be limited, to keep this fun for all attending.  Feel free to dress to impress; outfit, hair, nails, spray tan it’s ‘Strictly’ up to you!  Let’s face it, how many chances have we had recently!

Are we doing annual awards?

The last 12 months have been a bit different to say the least, pausing the club rides at the beginning of the year has meant we haven’t had a full year of riding together. We have also welcomed many new Mavs & gradually the Club has returned to doing what we do best, having fun on two wheels & enjoying the company of others.

…..So with this in mind this year we won’t be having formal awards, instead we’re doing something a little bit different. In true Mavs spirit we’re going to have some fun with a few new ‘novelty’ awards.

Based on the well-known book series, we have.….the Mr Men and Little Miss AWARDS! 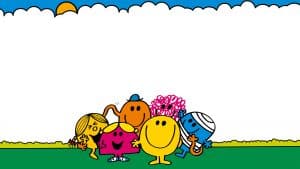 Do you know a fellow Mav deserving of the title Mr Adventure? Have you ridden with a Little Miss Chatterbox recently? Or was meeting Mr Cheerful particularly memorable? We even have an award for those that have successfully managed to bounce back from an ‘off’, Who will be your Mr Bounce and Little Miss Whoops??

There are 18 awards to chose from, 9 Mr Men and 9 Little Miss ‘Mavs’ titles. You can vote for all 18 or just select the ones you want. Nominations can be made for any members and you may wish to add a comment below your vote to let us know why or how you came to your decision.

Winners will be announced on the night so don’t hold back, get your votes in now!

Use this link: Award Nominations

Will we be raising funds for charity?

There will be a raffle on the night to raise money for our four chosen charities for the coming year.  We are seeking prize donations and if you can help, please message Danielle Riley or David Ryan (via our FB members group (or email ccmc.clubchair@gmail.com).

We already have a fantastic prize lined up of a club branded bike courtesy of Paul Whittingham and https://brandedvelo.com  It may not be your size, but it will make a fantastic gift or piece of wall-art!  I’m sure other club members will take it off you if it’s not quite your thing and let’s not forget, it is for our chosen charities!

Tickets will be £5 each.  Yes, you could win a bike for a fiver!  Do you remember using cash?  Please can you bring cash on the night to make raffle ticket purchasing easier.  We will have a contactless payment option on the night, in case you forget the old paper money, but to avoid a queue for raffle tickets and to make it easier for those selling ticket, in this instance cash is king!

Can you tell me more about the bike?

Check out the details but clicking here or on the image below. 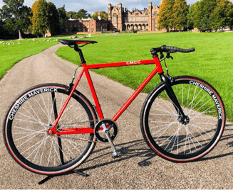 Have we answered all your questions?

What type of event do you want to add?

Social
I will choose when creating